After two years, I’ve finally finished the T013 Semi Detached Houses from Scalescenes and I have to say, it’s been a bit of a nemesis to me. Initially, I was excited with this kit when it was first released back in March 2013. The reason being, this style of house was of the design to which my family used to visit way back in the late 1960/70’s. Some very happy memories of holidays, very special people and good times are associated with that house. So, you can understand my excitement to rebuild some happy memories within this build. All was going well to start with but, half way through the build, after a sudden short but aggressive illness, I lost my Brother Ian. He was only four years my senior and my only sibling. You can imagine that the last thing on my mind was to do any modelling. So the half built houses sat on my craft table untouched for weeks. When I thought that I was ready to return the model, every time I looked at it, I thought of my brother. All of the memories associated with the house were with him. Subsequently I was back and forth to it for weeks. After a few months it was obvious that it was never going to be completed. I couldn’t even start a new model. All of my mojo had left me. So I took the half built houses, stamped on them with my size 10’s and put them in the bin. I didn’t make me feel any better but, I didn’t have to look at it anymore. Unfortunately I had no inclination whatsoever to start any other project. After a few false starts, it took eighteen months to get back at my craft table. With a little help from John at Scalescenes I’ve managed to get back into the swing of things, and as you will have seen in some previous posts, it’s full steam ahead so to speak. Now that left me with my nemesis, do I try again or do I forget it. I opted to give it a go and put all of these emotions to bed. I haven’t taken any pictures of the process of building it, I just wanted it done. I still have mixed emotions about it, but now it’s done it’s out of the way. The most ironic part of this build was, I finished it on the two year anniversary of my brothers death. Still love you Ian and miss you like hell. Here are complete pictures. 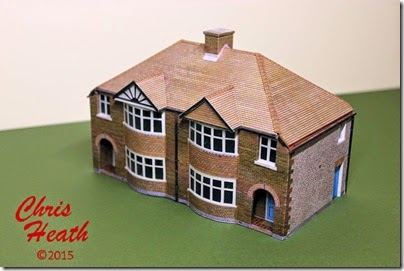 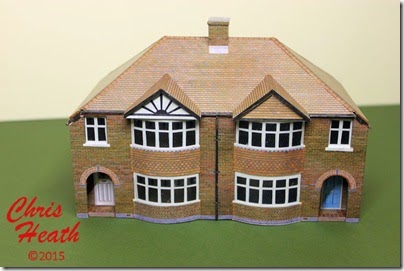 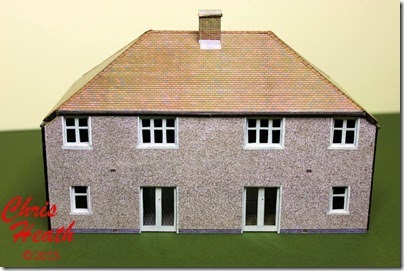 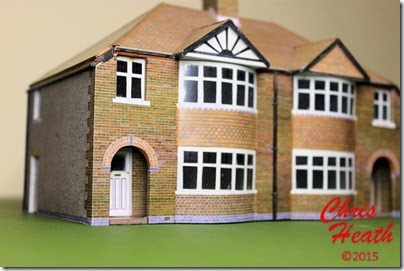 Well that’s it, done, dusted and now forgotten. The next build is the R004 Medium Station Building.