Here it is then, a grand station terminus for Wynyard Lane.

As with the previous build, the Church, this build is modular. It has many of the same elements of construction as many of my past models like the row of houses and the shops. So it wasn’t to daunting as it first looked. Plus my confidence with the scalescenes kits was growing with every project. Saying that, it has a couple of fiddly little tasks for a man with fingers like my sausages. This model would have been a brilliant step by step build to show you as there was so many different parts that came together to make one huge structure but alas, I didn’t take any pictures of the process. I intend to make a step by step record for all future builds as I want to show the process of the model coming together.

This is the first section. The main entrance..… 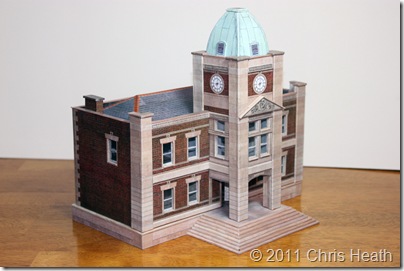 Then comes the side entrance and the main roof over the platforms. As you can see I have had to take the main entrance of its steps because I don’t have a platform built yet to raise the roof to the same level. The cupola was a bit of a fiddly build for my fingers,but I’m pleased I persevered because it sets the tower off, and at some point I think there may just have to be a flag pole up there…. 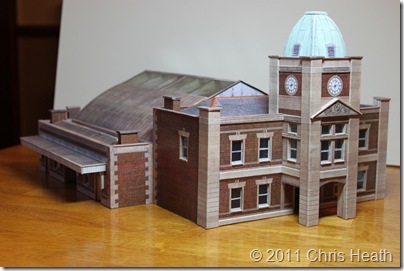 Next is a great shot of the inside of the station roof and the support trusses….. 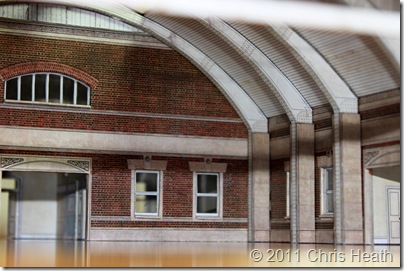 Like I said before it is hard to believe that the card is no thicker than a cereal box but, there may be several layers stuck together to give structural support in certain elements….. 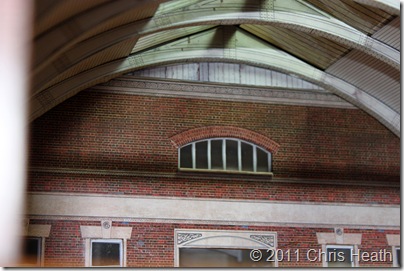 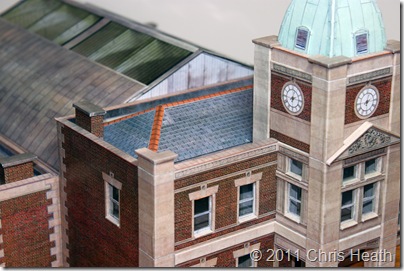 Until next time when I will show you my pride and joy, the Cargo Ship

This is fantastic Chris. Love the photos of the inside, looks so real. Hugs Christine x

Fabulous, just fabulous, one really needs to take a second and third look to be sure it looks so real.

This is soo amazing Chris. really gorgeous work, and the inside is stunning, and you´ve really got all the tiny details on it too. It must have taken sooooo many hours to make? WAUW what a patience, you must have to make this? Really outstanding work. Thanks so much for sharing it here.

Wow Chris, that is absolutely gorgeous. It really looks so real.

WOW! That is impressive Chris, can't wait to see the Ship. Jak showed me a sneak preview and it is looking amazing, we're all in for another treat!