Sorry it’s been so long since I’ve posted, but I’ve been very busy at work, and the fire station seems to be taking more and more of my time!

Part one. Building the basics.

I’ve started to prepare for the first of two shows. I’ve decided to build the Low Relief High Street (T005) from scalescenes . This is the first low relief project I have done. For those of you that may not know, low relief is building only the front or the back of the building because you don’t see behind, and is usually  located at the edge of the layout.

It’s been a  straight forward start to the build, as it is modular and I have started builds like this before. 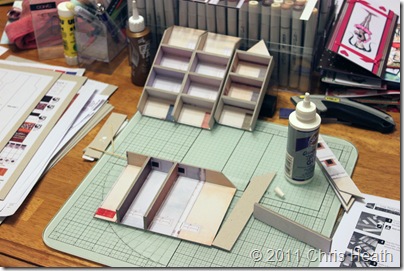 The individual elements fit together to form the High Street. There are five shops in total, three small shops and two larger shops. I haven’t decided what the three smaller shops are to be yet, but the two larger ones are to be a Department Store and the other a Bank. 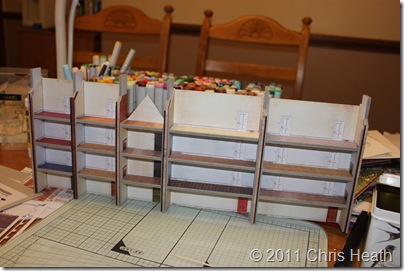 As I have said before, the reason I like these kits is the detail. From a washed out and faded gable end….. 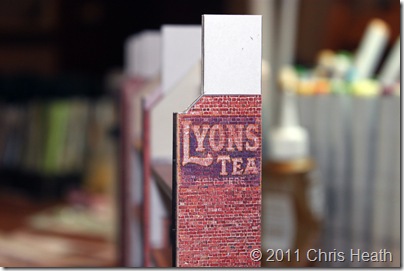 ….to interior doors and drain pipes. 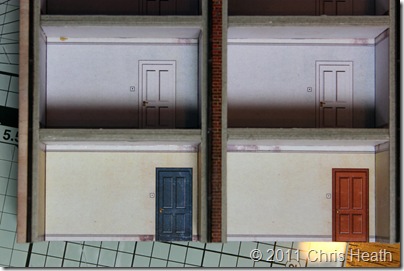 Now that main section of the High Street is together, I can set to and make the façades. I must admit that this is one of the parts of the project that really find rewarding. The character of the build grows from hear. I had eight different façades to choose from and this is three I choose for the smaller buildings. 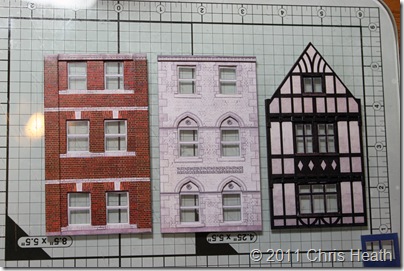 Some fiddly cutting out required, but the results speak for themselves…. 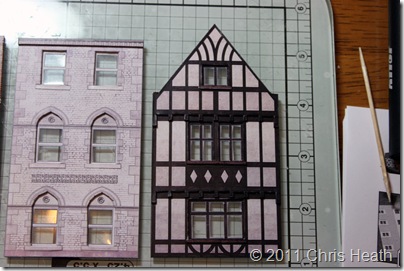 As you can see from the previous picture there is some quite small detail, and as I have said previously I have fingers like “Pork Sausages” but this is where my tweezers come into play….. 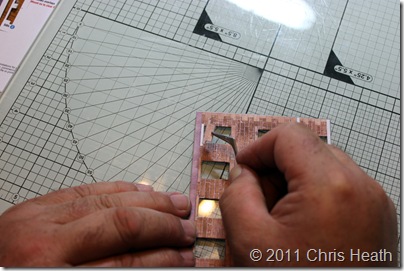 That all I have to show you for now, as I need to get on and get this finished for the first of the two shows. I promise it will not be as long until the next time……

Amazing work and I love that Copics I'm guessing, collection I see in the background.

WAUW this is just soo amazing. I love all the tiny details on your work here, it looks so great. Looking forward to see more of this, that´s for sure. Have a great time on the show, and with all the next steps in building these houses.

Hi chris, your bulidings look brilliant, love the side wall with Lyons Tea on, we have a wall like that with an old brand of beans on, and its on the side of an old pub. Everytime we drive past I always think that I hope they never get rid of it.

looking good Chris and the build

Definitely worth the fiddly cutting out Chris, they look fantastic.
Laughing at your comment about your fingers, my husband is the same and i call him sausage fingers (& sausage toes) lol lol lol.
How about a craft shop of some description?? Or would that be too modern for the street?
Looking forward to the next installment.

Wow, the electrical goods are amazing, are they part of the kit or did you design them yourself? Loving watching the buildings grow

Chris I saw you at Bowburn and I thought your models were fantastic, I was interested to read that you worked for Wear Buses, as I still work for them,Go-north east now. If I had known your history we could have had a longer chat, keep up the good work.
Ken Clark