Well I eventually finished the T020 Terraced Houses from scalescenes which is more than I can say about my house. The story of the Artex on my staircase just rolls on and on!! For those of you who follow my Wife’s facebook will no doubt know, I am taking off some Artex that has been on our staircase for 25 yrs. After several failed attempts and methods, I have eventually found an effective way of removing the said stubborn Artex. With an industrial steamer, a very sharp scraper and a whole lot of sweat and swearing. About two thirds of the way through the job I managed to slice through the main power supply to the first floor with the afore mentioned very sharp scraper. Luckily, I was wearing a very thick pair of insulated gloves because of blisters I had off the week before and never felt a thing!!


Anyway, enough of my problems let’s see the finished terrace.


This build differs from the Small Terraced Houses T022 as it has three storeys and bay windows….. 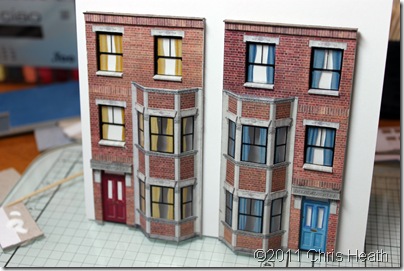 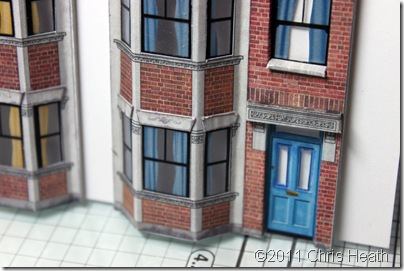 I also like the fact that these houses have a small front and back wall…. 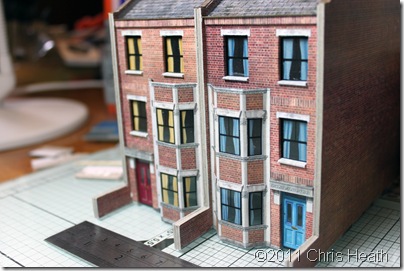 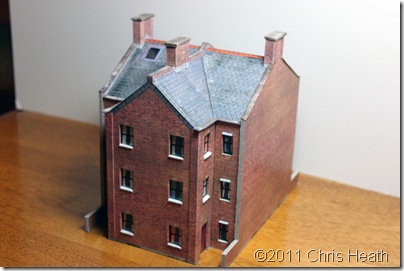 Right, before all of the eagle eyed of you out there pick up on a fault, I will tell you where it is. Look at the right hand side back wall, I managed to glue the section on upside down(whoops). Once I had realized it was too late, the glue had totally set. I blame the trauma I’d suffered from the cutting through the electric cable for the error.


Still I managed to half rectify the problem by removing and replacing the window sills from the top, back to the bottom of the windows and when the houses eventually go onto Wynyard Lane, you will not see the back anyway (PHEEEW)…. 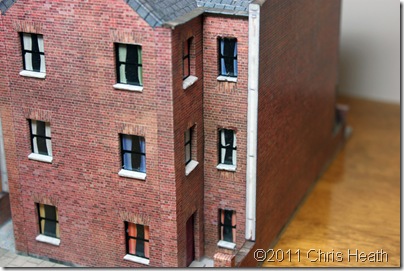 All it needs now is its chimney pots and then its finished…. 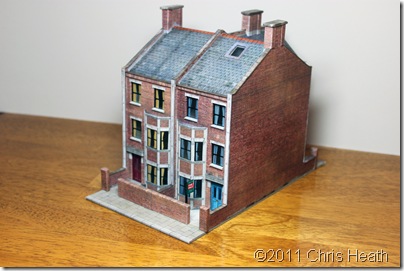 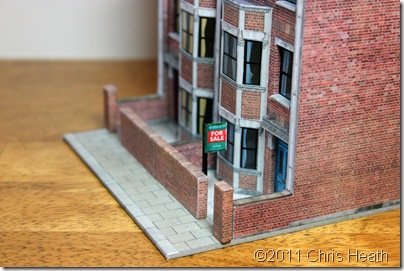 The next project, is making the quayside walls for the dock I intend to have at Wynyard Lanes Port and industrial section.

Incredible and I severely lack eagle eyes so that would have never been noticed by me.

However my drawing feet upside down on an image was quite noticeable lol.

Just love looking at your work and the Woolworth building brought back such great childhood memories of times with my grandmother.

Fantastic blogs you and the Mrs. Jak!

Fantastic work Chris, i too would never have noticed your wee mistake. I have always loved Bay Windows, never been lucky enough to live in a house with them though!
Looking forward to your next update. 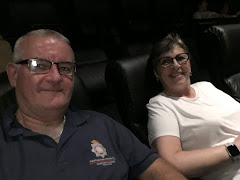