I had a couple of days off of work this week, and one of the days (Thursday) I had the house to myself as Jak my wife and my Daughter Natalie were away for the day, and all I had to do was to drop them off at the station in the morning, and then pick them up again at 22:30. So I had all day to do just what I wanted. And what I wanted was,was to get the Arches finished for my raised fiddle yard at the back of the layout.

Instead of just having just all blank brickwork under the arches, I’ve decided to have some Scalescenes R020 Shops. I only needed the front of the shops as they will be sitting flush on the front of the wall. So I thought it wouldn’t take that long to build them. Wrong, true to form there was loads of detail to do. Not to worry, I had “nowt” else to do. 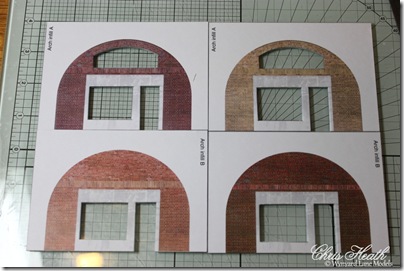 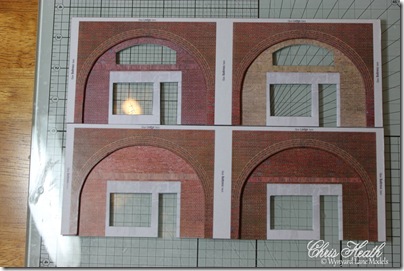 Even the windows and doors are highly detailed. 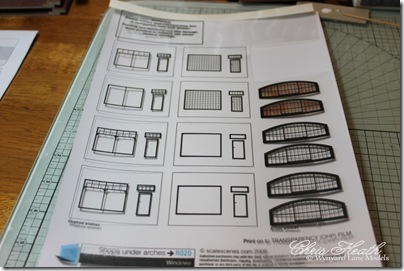 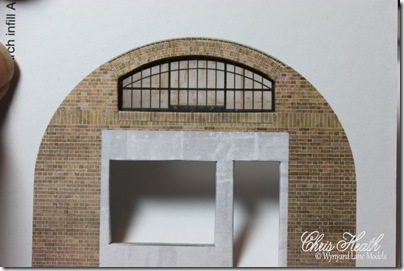 Once the backs were made I set to making the shop fronts. 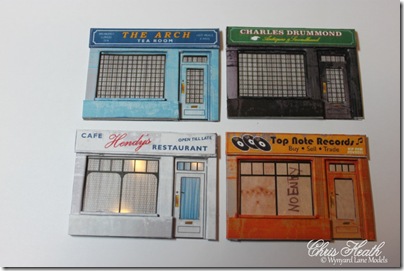 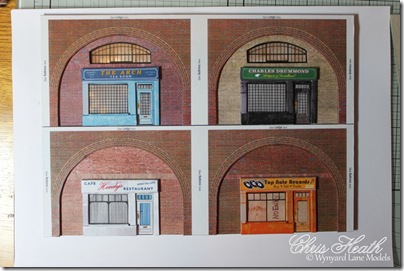 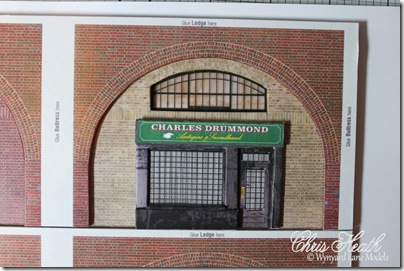 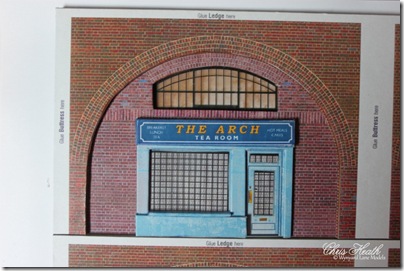 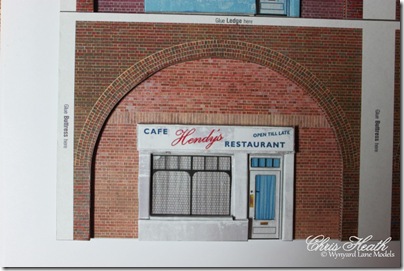 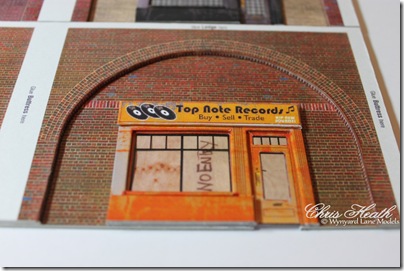 Well I just couldn’t help myself. I went and got some R019 Workshops as well. The raised section is over five feet long remember, so there was plenty of room to put them. 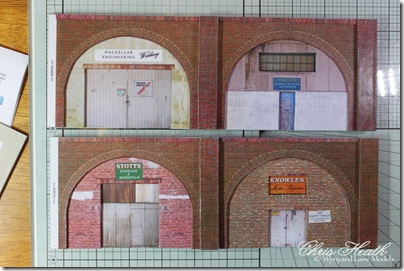 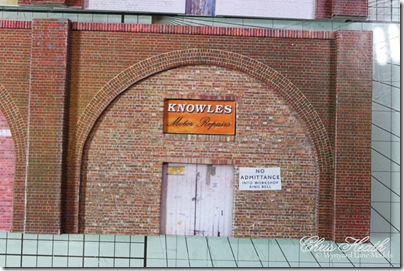 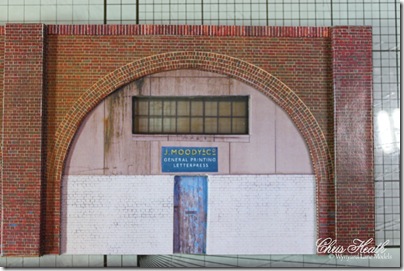 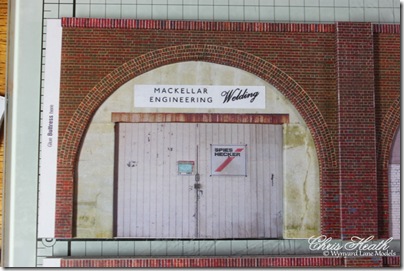 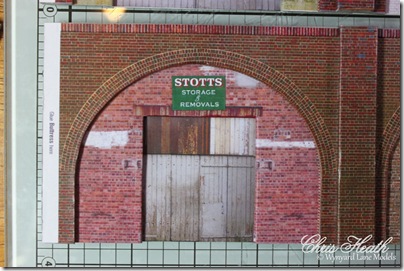 So, as you can see I had quite a productive day and got loads done. I was so relaxing, just chilling making these shops and workshops. Pity these days don’t come round too often. All there is to do with them now is to add the coping and parapet walls and the I will be able to fit them to the fiddle yard. Hopefully I might get them done tomorrow, before I go back to work on Monday.

These look amazing Chris, hard to believe you print these from your computer. They look so real.