Well I’m definitely back on track, so to speak. I’m back to enjoying making models again. So much so, that this T024a Industrial Warehouse from Scalescenes has been built in record time. I just couldn’t put it down. To be fair, it was quite a simple build. A simple box construction, but finished in fine detail as you would expect from Scalescenes kits. 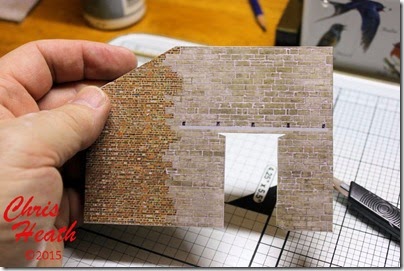 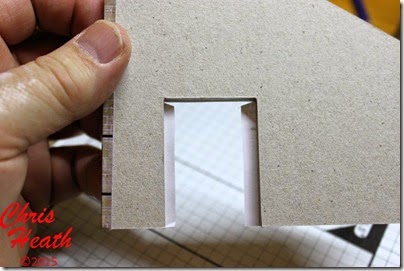 As I’ve mentioned in previous posts, I do like the way the drainpipes are added. The image for the pipe is wrapped around the internal wall which is slightly oversized compared to the exterior wall. Which when the two come together, the drainpipe quite cleverly protrudes. Never to be knocked off. 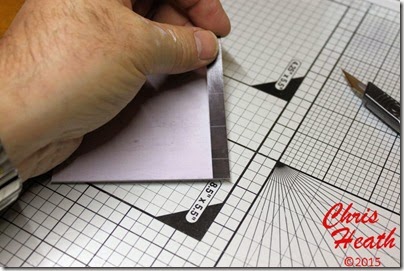 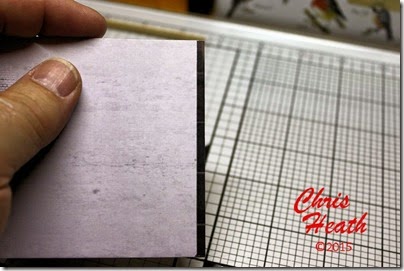 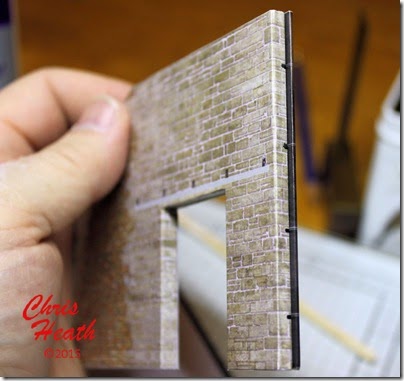 Door runners and doors fitted at this stage, while still easily accessible. 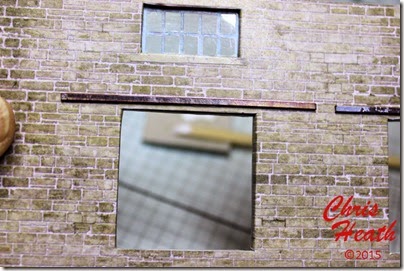 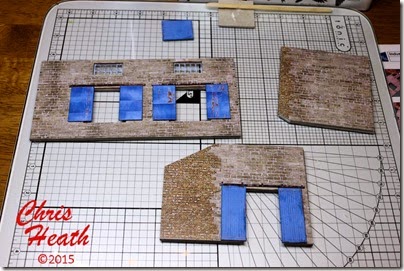 Once the box structure comes together, a simple roof is fitted which gives strength and rigidity to the building. There are also roof supports fitted to form the final roof. This also provides the guttering. Again never to be knocked off. 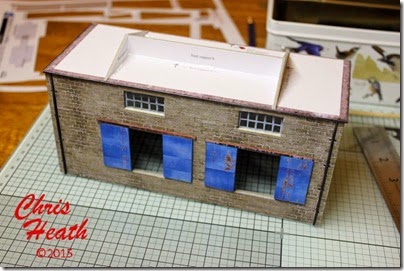 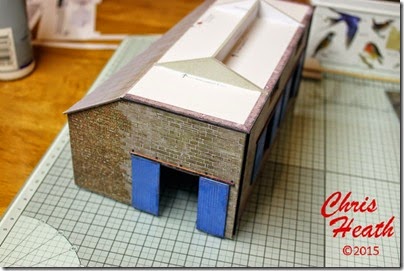 With the roof glued together and fitted to the building, its now time to fit the ridge tiles to hide the joins. 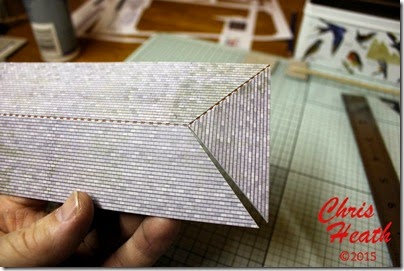 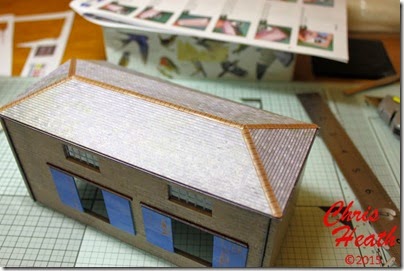 A simple framework is fitted to accommodate the loading bay and ramp. I apologize I didn’t get a picture of the fitting of the loading bay, but you will see the finished result at the end of the build. 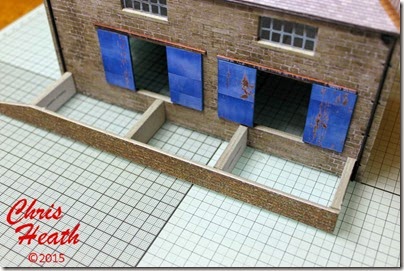 The canopy is next. Simple but effective. 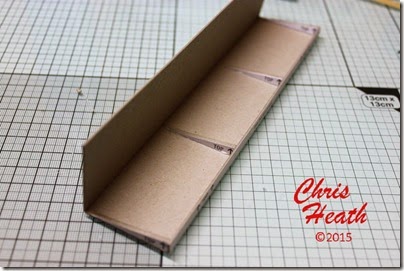 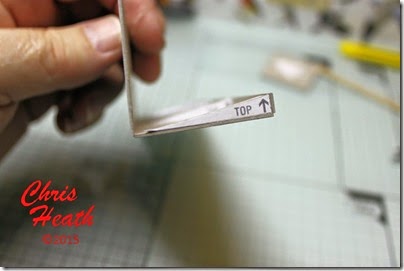 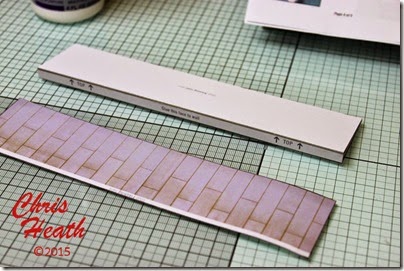 A small box made for the rear loading bay completes the build. 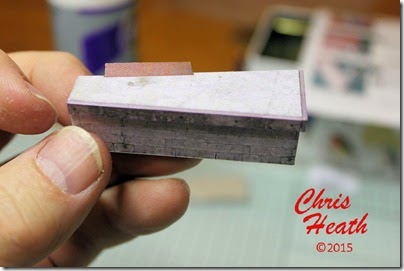 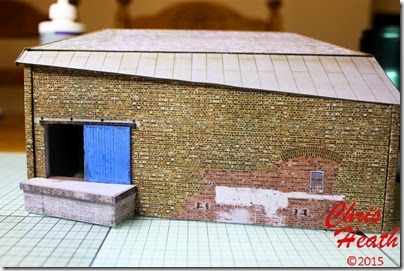 And that’s it, finished. 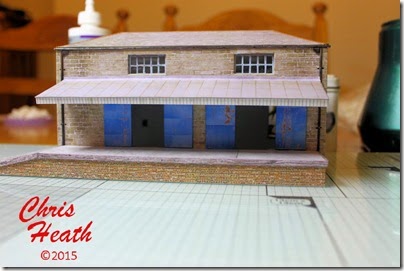 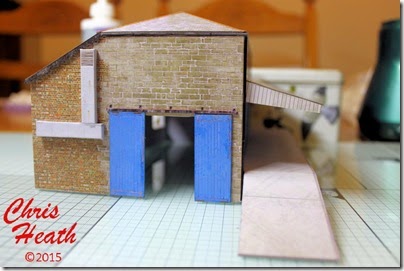 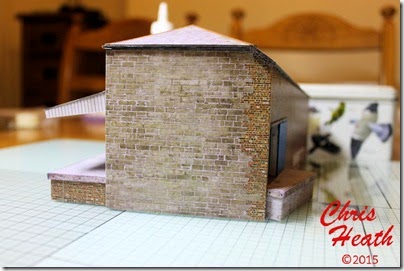 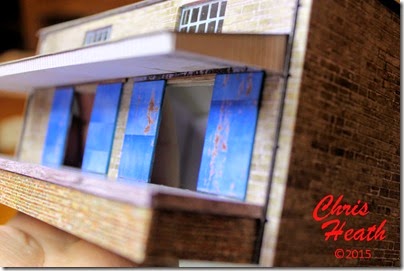 Just before I go, I would like to show a couple of pictures of the fine detail you can achieve with a little effort. Don’t always cut a straight line with a ruler. Try cutting freehand. I find it gives a rustic, aged look to some of the finer parts. As you can see, the window sill looks worn and the window frame looks like its had years of hap-hazard painting. 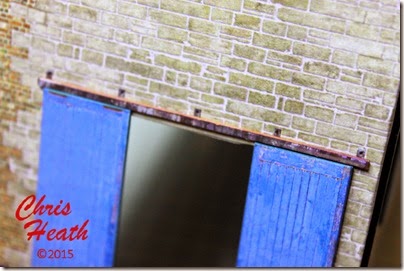 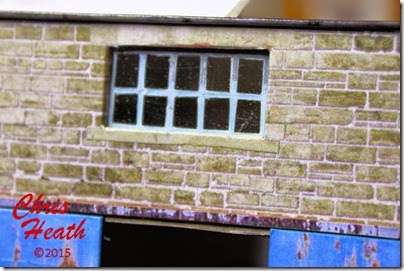 This Warehouse is just the first part of a four part build. In all there are a Warehouse, a Boiler House, a Workshop and a Water Tower. Next I will be building the Workshop.

WAUW this is sooo gorgeous. You should almost go into a group there, (if there is any?) of miniature builders. We have a group here, that meet in the local craftstore once a month, and help each other build almost anything in these small scales, and it´s truly amazing, what they create there of all kinds of buildings, cars and some makes dollhouses and all the furnitures and everything, and they´re really inventious and sooo sooo clever, that´s for sure, and I also just absdolutely love your work here too. Haven´t you taken any pictures recently of it all together, you´ve made sofar?