Well it was time to batten down the hatches here in the north east at the weekend, and brace ourselves for some bad weather, and with more to come I thought that now was a right time to start a new project. I chose the T035 Multi Storey Car Park from scalescenes. I’ve wanted to build this model for a while now, as I have a work colleague who is an avid scratch builder and he is wanting to build a replica of a car park that was a bit of a celebrity here in the north east. It was the multi story car park at Gateshead and was featured in the movie Get Carter. We’ve both have looked at the kit and it lends it’s self in a few ways to the afore mentioned car park. There would be a lot of bashing to be done, but I’m sure Andrew could use this kits various elements to achieve a convincing replica. Anyway, back to my efforts.

Well it started very well. Nice large elements, straight cuts and loads of detail. The back is all one piece with a simple box added for the lift shaft. Simple. 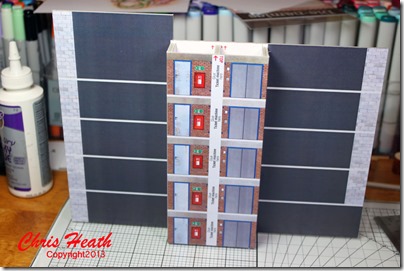 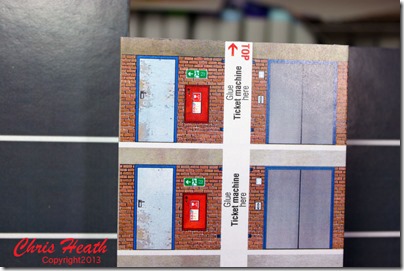 Next were the floors and ceilings. Again nice big square cuts. Happy days. What could possibly go wrong? 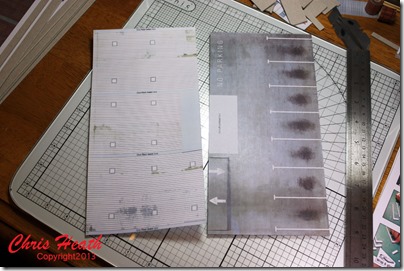 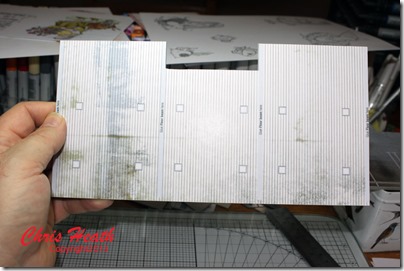 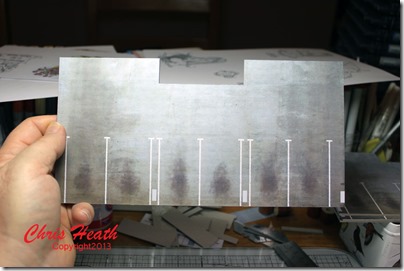 I’ll tell you what could go wrong. Just look at all of these roof supports that need cutting out. DOH!!!! 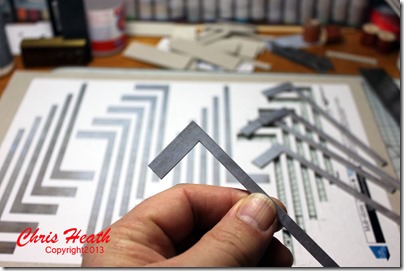 They are on 2mm card and  with two sheets worth to do. I cut out five and I’ve got a sore finger already. There’s only 35 to go. 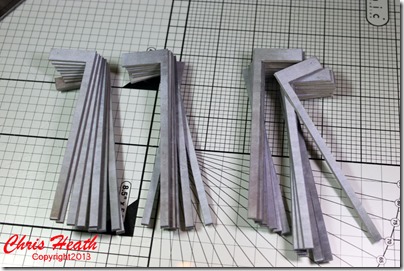 Still, like I said earlier, there was nothing better to do. What with the weather. Two of these get stuck back to back to form on roof support. Once the glue dried it was a simple matter of fixing them to the roof sections. 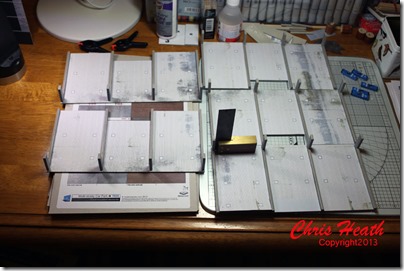 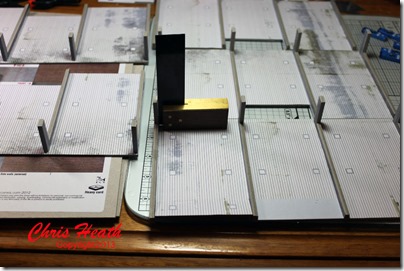 Next was to put together the ticket machines. So simple, but very effective. 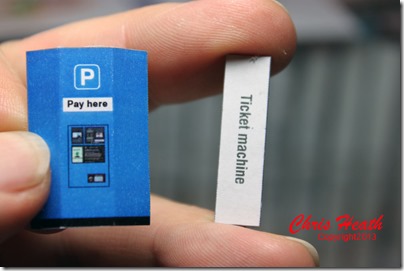 Once all of the glue has dried on the roof supports and the ticket machines, it it just a case of starting at the bottom and working up with each floor. 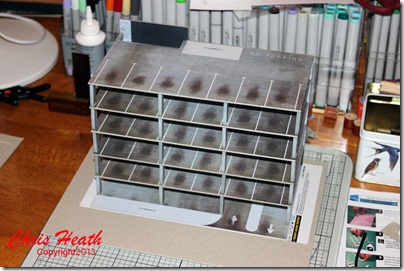 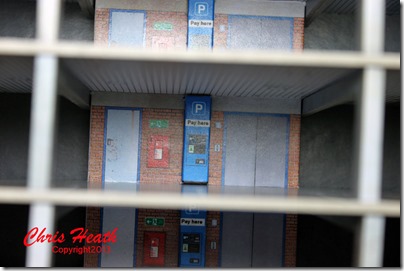 Next to build a lift housing. Again very simple box construction. But once the cover layer is wrapped around, it’s as good as a building bought from anywhere. 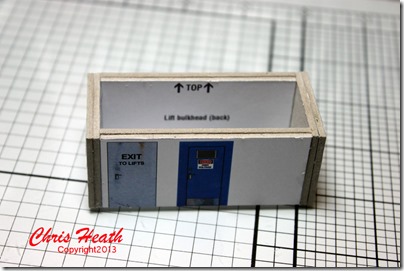 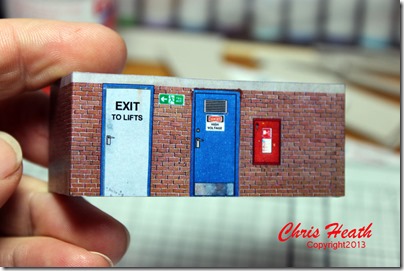 When it’s put in place along with the top wall, roof and facia, it finishes off the top floor a treat. 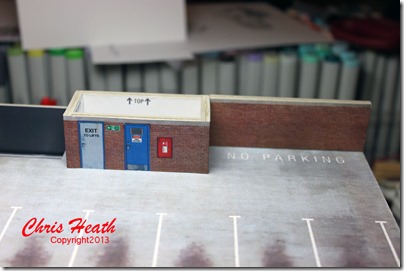 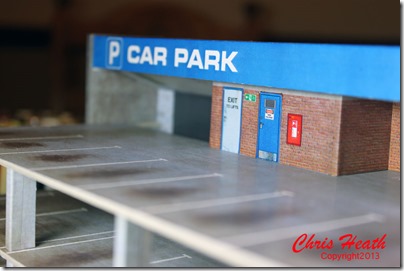 Back to normal now with some large rectangles to cut out. (OH, my aching fingers) Four large pieces (2 x 2 stuck together) for the sides. With a simple cover strip for the edge of the wall to cover the raw cardboard. It finishes off the edge very effectively. Plus some simple infill walls, and the sides are nearly complete. 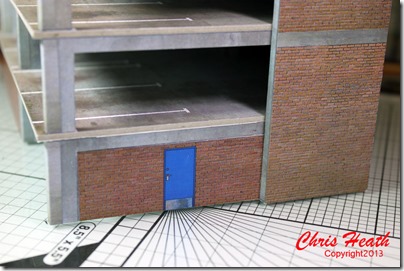 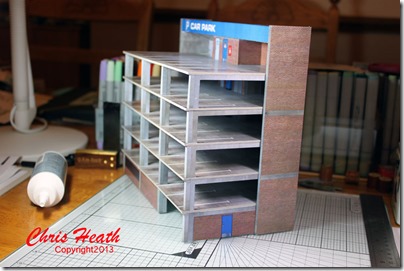 And that’s where the weekend ended. I never thought that I would have achieved so much over one weekend. But not having to go to Town on Saturday and not getting out on my bike both days, I had a lot of time on my hands. Not much happening tonight also, so I might just go for the record and try and get this finished in double quick time. Watch this space.

wow Chris it's great The detail is wonderful I bet you enjoyed doing it and you will have a job keeping Jacks hands off it. Wouldn't it be great as a larger stronger model as a Christmas box. Joan xx(mother in law )